It’s a question that has been asked throughout history: Is education political? What are the ramifications of having a politicized education system?

In this article, we will explore the politicization of education and discuss some of the ramifications it has for both students and educators. We will look at how politics can influence the curriculum in schools, and how it can impact students’ lives.

We will also discuss if politics should be separate from education or are they inherently intertwined.

1. The current state of education in the United States

They point to a number of problems, including the high drop-out rate, the achievement gap between different groups of students, and the increasing cost of higher education. These problems are compounded by a shortage of qualified teachers and funding cuts at all levels of education.

Another important factor to consider is the level of standardized testing. Standardized tests are often used to measure student achievement, but they can also create stress and pressure for both students and teachers.

While there is no easy solution to these problems, education reformers believe that it is essential to address them in order to ensure that all students have access to quality education.

2. The importance of a good education

A good education is important for a number of reasons.

First, education provides individuals with the necessary skills and knowledge to be successful in the workforce. Without a solid education, it can be difficult to find a good job.

Second, education helps people to develop critical thinking and problem-solving skills. These skills are essential for making sound decisions in both personal and professional life.

Third, education contributes to the development of well-rounded individuals. Individuals who are educated are not only more knowledgeable, but they are also more likely to be open-minded and tolerant of others.

Finally, education is essential for the continued progress of society. As each new generation becomes more educated, society as a whole moves forward.

Therefore, it is clear that a good education is important for both individuals and society as a whole.

Also Read: How to Take Effective Notes: Strategies and Tips

3. The politics of education

Education is one of the most important aspects of any society. It is responsible for molding future generations and shaping the way they think about the world.

However, education is also a political tool, often used to further the agenda of those in power. This can be seen throughout history, from the way education was used to legitimize colonialism to the way it is sometimes used to reinforce class divisions.

I am not making the case that classrooms do not discuss politics, I am critical of how partisan politics has fractured our educational system and spread discord throughout it. In today’s society, it seems that there is very little room for discussion or debate.

As such, it is important to be aware of the politics of education, both in terms of how it is used and how it can be used more effectively.

Education can be a force for good, but only if it is used in a way that promotes critical thinking, open-mindedness, and understanding. In other words, teaching students “how to think instead of what to think.”

How influenced is the US education system by politics?

The education system in the United States has always been intertwined with politics. From the very beginning, education was seen as a way to create an informed and engaged citizenry.

Early education legislation focused on creating free public schools for all children, regardless of social status. More recent education initiatives have focused on issues such as standardized testing and school funding.

However, there are some areas where politics does have a significant impact on education. For example, the level of funding that schools receive is often determined by political factors, such as the overall budget of the state or district.

In addition, education reforms often involve changes to existing laws and regulations, which can be difficult to implement without political support.

However, the political landscape has shifted in recent years, and education is now seen as a partisan issue. Republicans and Democrats have sharply divergent views on education policy, and this divide is only likely to grow in the coming years.

As a result, the education system in the United States will continue to be deeply influenced by politics.

The ramifications of politicizing education

The politicization of education can have a number of negative consequences.

First, it can lead to a decline in the quality of education. When education is seen as a political tool, its primary purpose becomes winning votes rather than providing quality instruction.

Second, the politicization of education can lead to increased polarization and division within society. When people view education as a way to further their own political agenda, it can create division and animosity between groups.

Third, the politicization of education can lead to a decline in public trust. When the education system is seen as being used for political gain, it erodes trust in institutions and makes people less likely to participate in the democratic process.

Finally, the politicization of education can lead to a decline in funding for schools and universities. When education is seen as a political tool, it is often underfunded and seen as less important than other areas of government.

4. The importance of separating education from politics

Given the potentially negative consequences of politicizing education, is it important to keep education and politics separate?

Politics is inherent in education, the goal is to keep it nonpartisan. Skillfully, we need to navigate a path to allow for political discourse in schools as part of free speech, while reducing the corrosive partisan tribalism that has infected our society. Partisan politics in education leads to a decline in the quality of education and creates unnecessary divisions among people.

How to keep education from becoming politicized

This can be done by keeping educational institutions and organizations nonpolitical, and by protecting funding for education from political interference.

Education should be seen as a nonpartisan issue, and its primary purpose should be to provide quality instruction to all students.

In addition, education funding should be protected from political interference. Schools and universities should receive the funding they need to provide quality education, regardless of the political climate.

Only by keeping education free from partisan politics can we hope to provide quality instruction and ensure that all students have access to quality education.

5. What needs to be done to improve education in the United States

Education is a highly important issue in the United States. The quality of education is often unequal, with some schools struggling to provide adequate resources and support for their students.

In addition, the education system is often criticized for being too test-focused and not preparing students for the real world.

State and local communities need to think about what an ideal citizen looks like and ensure their educational system is constructed in such a manner as to produce that citizen. For example, if a community wants its citizens to be able to think critically and solve problems, then the education system should focus on teaching those skills.

To improve education in the United States, it is essential to invest in resources for schools, teachers, and students.

In addition, it is important to focus on critical thinking and problem-solving skills rather than rote memorization.

By making these changes, the education system in the United States can become more effective and prepare students for success in the real world.

Also read: Is Online School An Effective Way To Learn?

As well as: Online Learning vs Classroom Learning | New Solutions

Final thoughts on the relationship between education and politics

Education and politics are two very different things. Education is about learning and expanding one’s knowledge, while politics is about power and control.

However, there is a fine line between the two. In some cases, education can be used as a tool for political gain. While it is important to keep education and politics separate, there are times when they intersect. In these cases, it is important to be aware of the potential ramifications.

Trademarks/copyrights used on this site are owned by their respective owners. Some pages on this site contain affiliate links in which I get paid a commission if a purchase is made. As an Amazon Associate, I earn from qualifying purchases 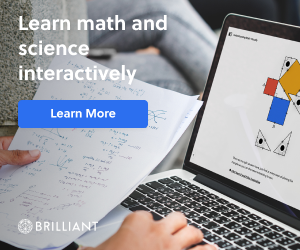